The default DPI of the macOS system is 72dpi, Microsoft Windows is 96dpi, your camera takes photos at maybe 350dpi, your scanned photo has a DPI of 600dpi, your PhotoShop was set to 100dpi…

Although the difference in DPI will not affect the quality of your picture unless you print them, it does bring some unexpected and quite messy issues when you work with pictures with different DPI.

With simple clicks, batchDPI can set all pictures in a folder to a uniform DPI you chose, no matter where they were downloaded or inputted from, or what they were edited with.
By the way, it’s very interesting to find out if your favorite desktop wallpaper is originally created for Mac or PC, just check its DPI, 72dpi for Mac and 96dpi for PC. 🙂 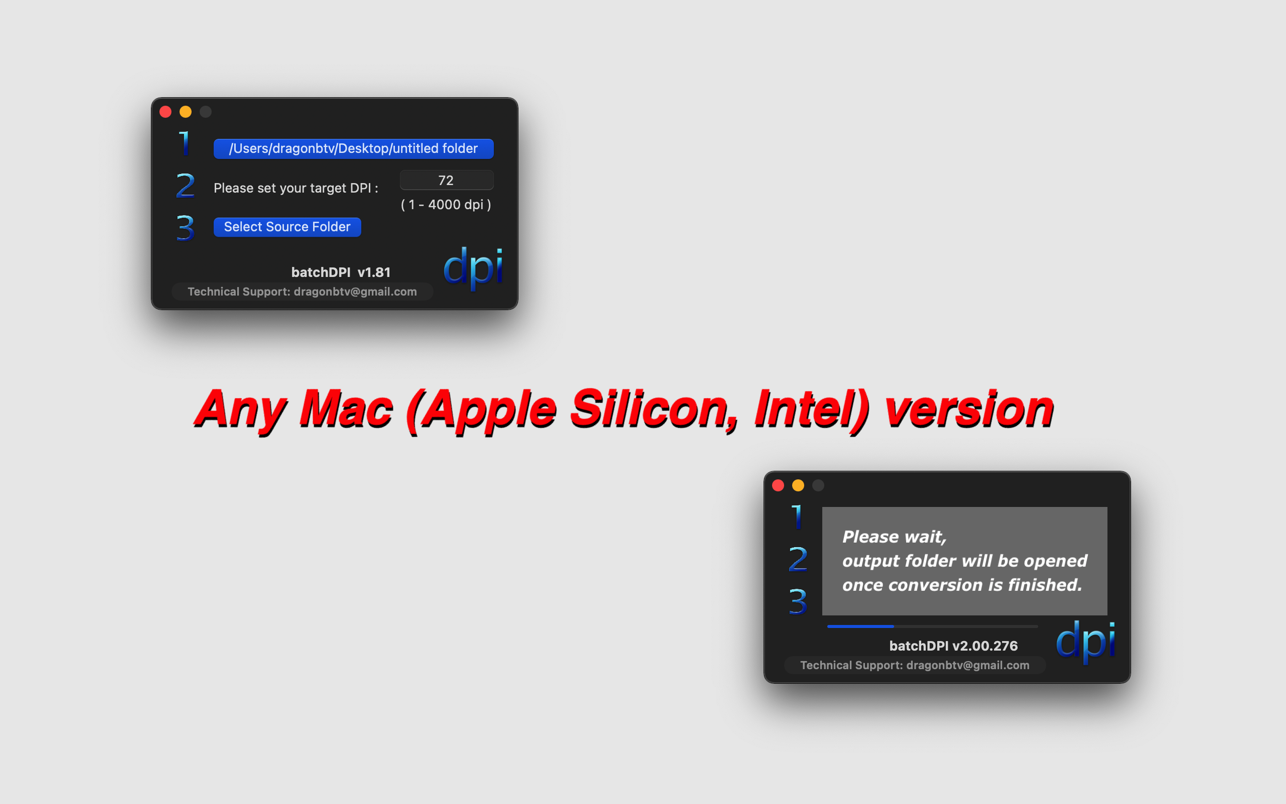 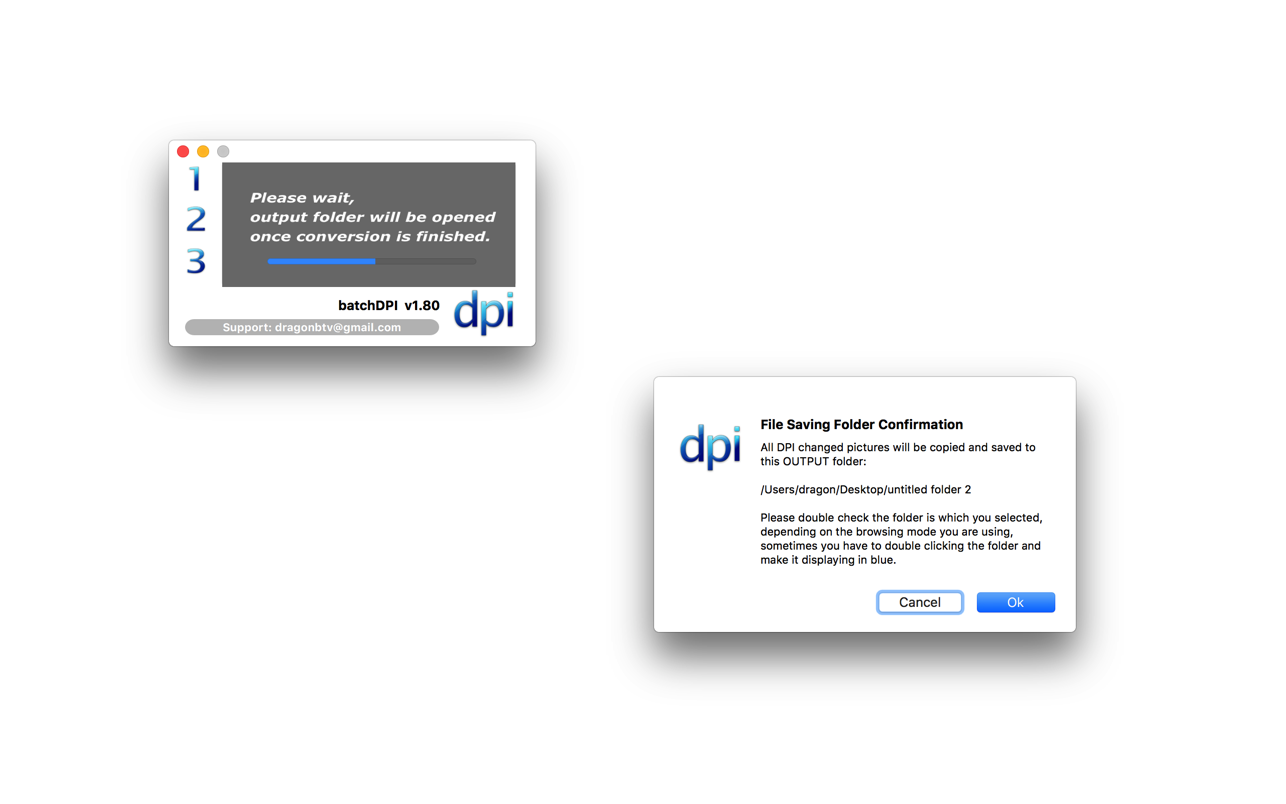