FastScripts is a utility for quickly and elegantly executing AppleScript and shell scripts from within any application. FastScripts is a super-charged replacement for the Apple “Script Menu” menu extra. In addition to the functionality provided by Apple’s Script Menu utility, FastScripts offers a number of compelling improvements:

All new features in version 3:
ScriptLight: Search Your Scripts
Start typing to see a summary of matchings scripts. Select the one you want, or just press return to run the top result.

Track Your Tasks
Active scripts are listed in the script menu, so you can monitor their progress, or end them early if they’ve run amok.

Massively Parallel Productivity
Scripts get their own own high-performance execution process, so you won’t get stuck waiting for long tasks before starting another.

Powerful Keyboard Shortcuts
Global or application-specific control at the tip of your fingers. You’ll spend less time mousing and more time doing.Smart Context Switching
Keep your focus on the current application, while time-saving scripts attract your attention only when necessary.And yet there is even more…
Curious about what else FastScripts has to offer? Read more on the finer points page.

Enhanced Script Menu
An upgrade to the Apple Script Menu – a familiar design with many usability improvements and a refined UI.Scripting Language Agnostic
AppleScript, Perl, Automator workflows, even whole applications and documents can be added to your Scripts folder and invoked by FastScripts. 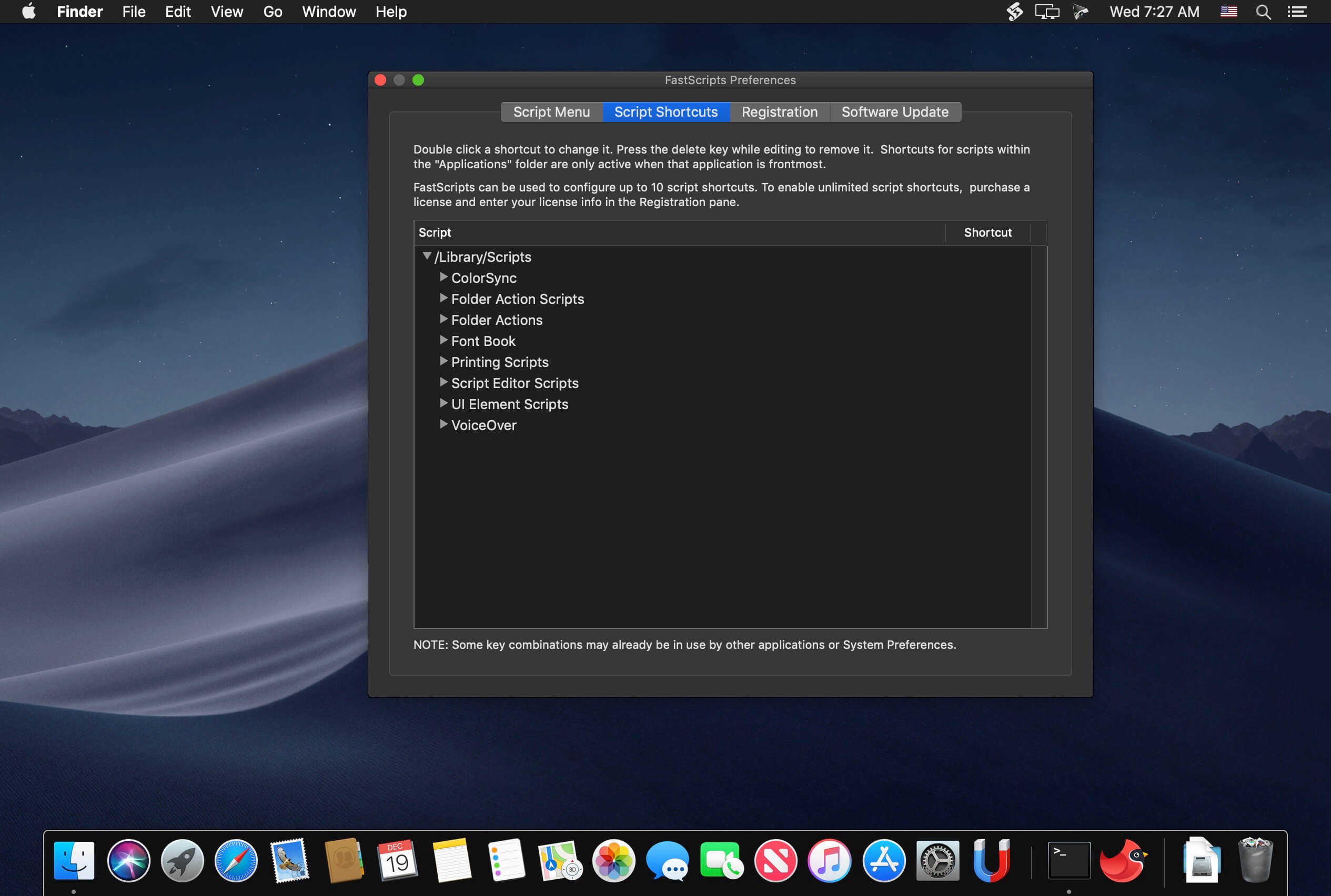 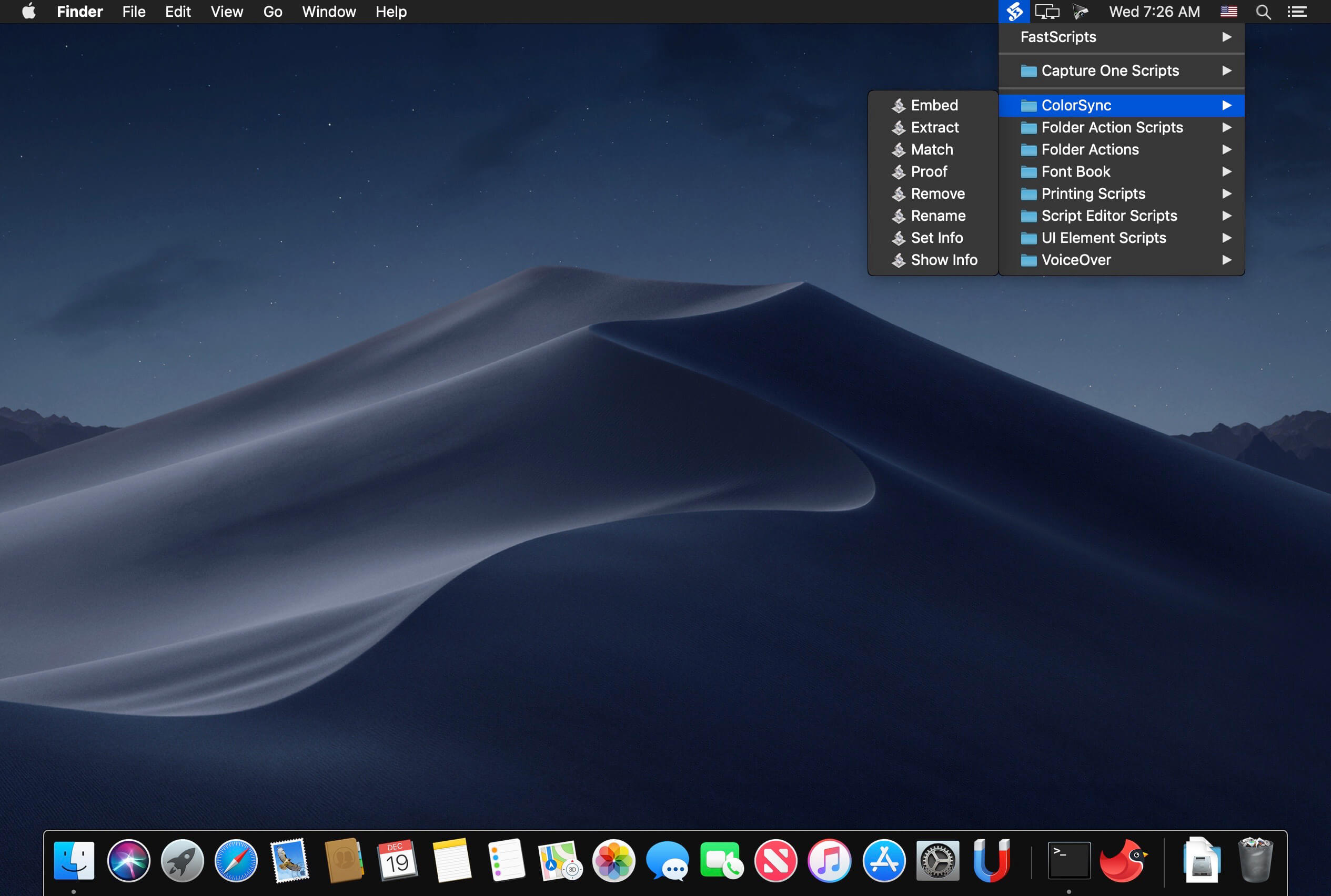