HyperDither uses an elegant color reduction (dithering) routine to turn color or grayscale images into black and white or grayscales. The visual effect produced by this technique creates rich, velvety tones, and is higher-quality than the “Diffusion Dither” method offered by Photoshop.

In the early 1980s, while developing the graphics technology for the first Macintosh, Bill Atkinson (HyperCard, QuickDraw, MacPaint) discovered a very elegant filter to convert greyscale image data for display on the Mac’s 1-bit black-and-white screen.

Later, this graphics routine was implemented as an option in Apple’s HyperScan software, connecting early Macs to flatbed scanners, and nowhere else. HyperScan and the excellent Atkinson dithering routine were subsequently unavailable for many years—but not forgotten!

Thank you for supporting small, indie developers like ourselves! We’re working on native support for Apple Silicon, but we have another update for you until then. 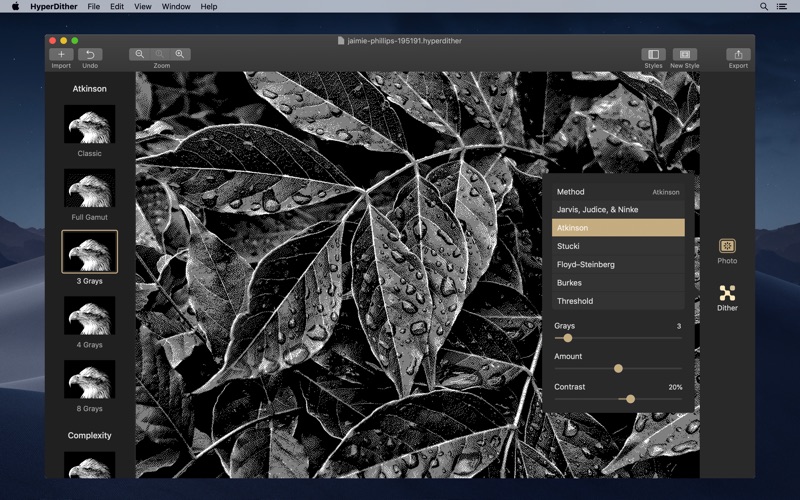 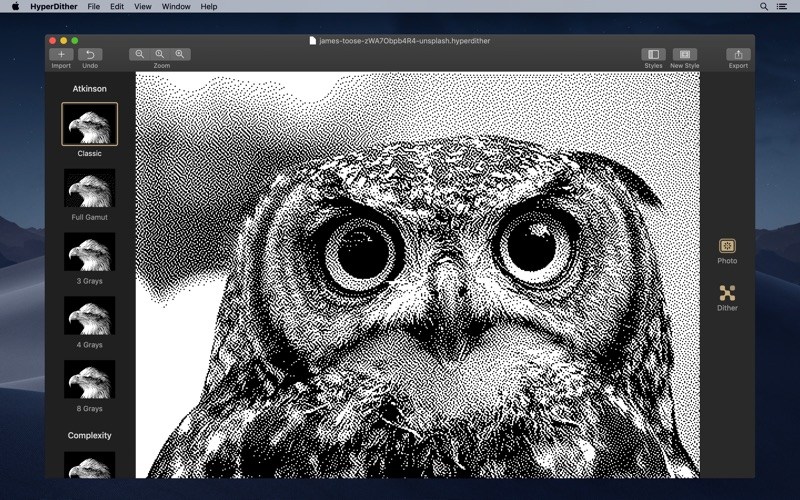