iTranslate, the most popular translator tool on the App Store, now can also be on your Mac, putting 90+ languages at your fingertips. It is designed as a status bar app that is always just one click or keystroke away to help you solve any translation problem. 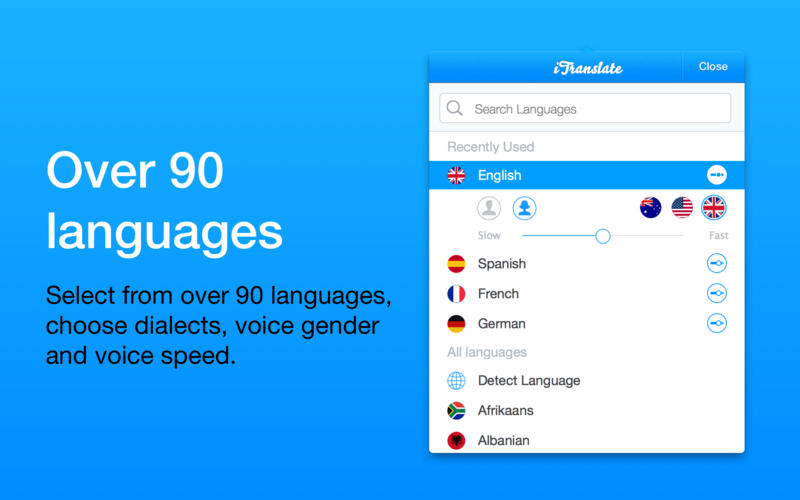 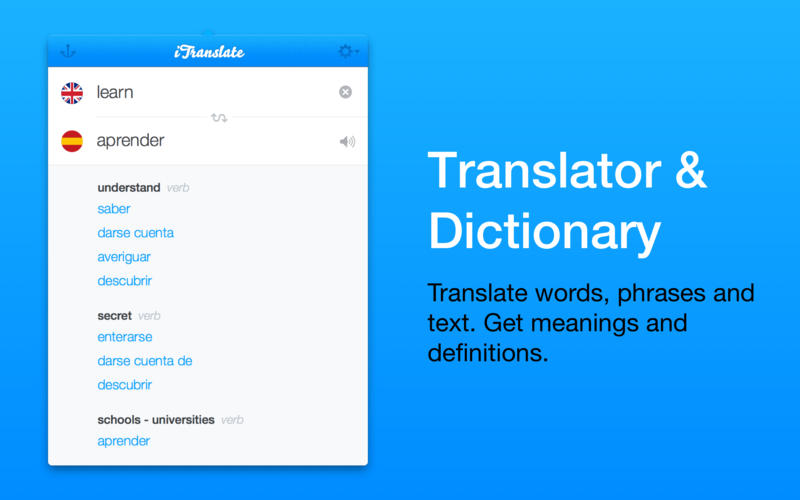