Do You have lists which are unsorted and do not have a spreadsheet ready to sort it ? Don’t despair, Magic Sort List is here to the rescue.

Magic Sort List comes with our revolutionary sorting engine which we have perfected and further refined over the years
Other sorting application is good at sorting alphabetical list but failed when encountering non-zero padded numbers. Have you ever sorted a list of say, 5 1 10 and ended up with a list like 1 10 5 ? Magic Sort List treats numbers as numbers and will give you a proper sorted list of 1 5 10. It does not matter if the numbers are at the beginning of the text or somewhere in the middle, Magic Sort List is up to the challenge. 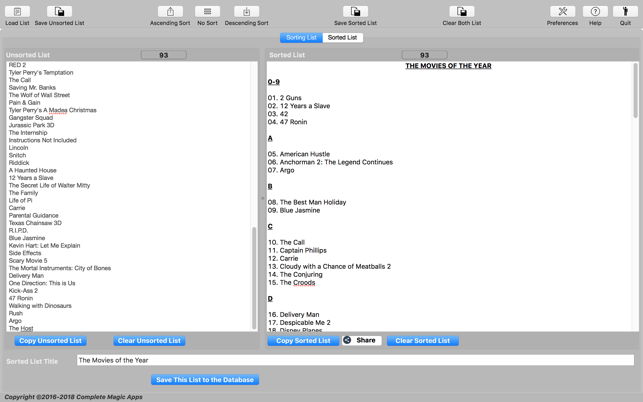