Version 7.0:
FREE SCRIPT DEBUGGER LITE
The biggest change in Script Developer 7 is the release of our new “lite” mode, which offers all the basic editing, debugging and dictionary functions that you need to write your code. Even without Script Debugger’s advanced features, it represents a significant improvement over the Script Editor which comes with your Macintosh. We see Script Debugger Lite as the best free option available for working with AppleScript.

DOCUMENT VERSIONS
Review and open past versions of a script from the Mac OS X document version history provided both locally and via Time Machine backups. Execute different versions of your script right from the Versions browser before deciding to revert to a particular version of your script. If you are upgrading from Script Debugger 5 or 6, you’ll be able to take advantage of this feature immediately with you existing scripts because past versions of Script Debugger have been retaining version information for you.

ENHANCED APPLET SHELL
Script Debugger 7 offers a new way of deploying AppleScripts as standalone applications with an improved interface for your users, support for automatic software updates via Sparkle and much more. If you are creating AppleScript droplets, Script Debugger 7’s enhanced applets provide a drop target window where users can drag & drop files or use Spotlight searching to find the files they want to process.

EXPLORER EVOLUTION
Script Debugger 7’s Dictionary Explorer lets you move, copy or delete objects. Script Debugger 7’s lets you explore much more of an application’s scripting abilities without writing a single line of AppleScript code. Delete an object by selecting it in the Explorer and pressing the delete key. Move and copy objects using drag & drop within the Explorer. 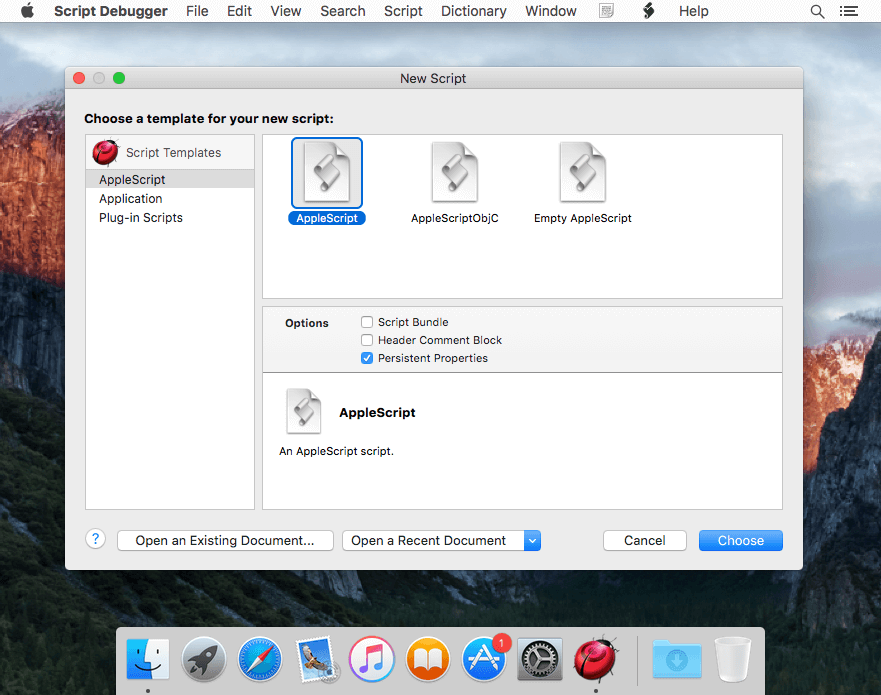 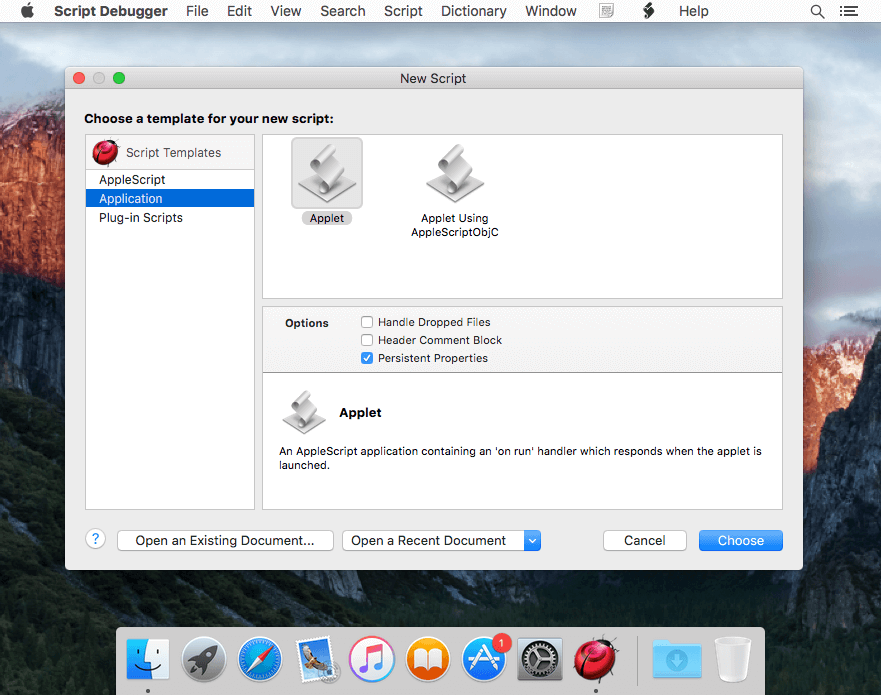